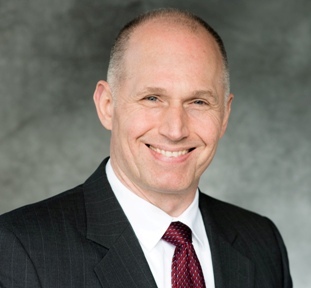 James D. Agresti is the president and cofounder of Just Facts, a research institute dedicated to publishing facts about public policies and teaching research skills.

Agresti has two decades of experience in public policy research, and his work has been cited by a diverse range of organizations and individuals. A very brief sample includes CBS, PBS, Fox News, Yahoo News, Vanderbilt University, the University of Texas at Austin, Encyclopedia Britannica, Elsevier Health Sciences, the International Journal of Sciences, the Oklahoma Department of Labor, and the Association of American Medical Colleges.

Agresti’s work has also been explicitly complimented by people with Ph.D.’s in economics, biostatistics, mathematics, molecular biology, biochemistry, metrology, psychiatry, operations research, epidemiology, oceanography, computer science, and political science. At the same time, his writings are so accessible that numerous middle school, high school, and undergraduate instructors have included them in their syllabuses. One of his articles, which appeared in the Wall Street Journal, was used in Pennsylvania’s statewide standardized science test for eighth-graders, and another was used in high school biology textbook. Students have also sent him notes of appreciation for the clarity and helpfulness of his work.

Agresti holds a bachelor of science in mechanical engineering from Brown University, and he previously worked as a designer of jet aircraft engines, a technical sales professional, and the chief engineer of a firm that customizes helicopters. This background in the physical sciences allows him to apply practical, empirical approaches to the often capricious world of public policy. He is also the author of Rational Conclusions, a meticulously researched and scholarly acclaimed book evidencing factual support for the Bible across a broad array of academic disciplines.

Radio: He has been a guest on the Jim Engster Show (NPR), The Eric Metaxas Show (nationally syndicated on 200+ stations), Everyday Heroes (Wall Street Business Network), the Rod Arquette Show (KNRS), the Rob Schilling Show (WINA), and numerous other programs.

Print: Jim has authored analyses that have been published by the Daily Caller, Gale Cengage Learning, the Foundation for Economic Education, Wall Street Journal, the Washington Examiner, Life News, the Reason Foundation, the Jefferson Policy Journal, Crisis Magazine, TheBlaze, and dozens of other publications.

Speaking Engagements: He has spoken in many venues and has been the keynote speaker for events at Brown University, Morris County College, varied churches, and the Manhattan Libertarian Party.

Agresti has conducted extensive research on the following issues and is able to share his knowledge with diverse audiences ranging from elementary school students to Ph.D.’s. Jim Agresti is married to an amazing woman and has two wonderful children. He is also very grateful to have a tremendous extended family and loyal friends, some for more than 40 years.

Jim was an avid wrestler in high school and was the President of Delta Tau Delta fraternity at Brown University.

He enjoys good food, motorcycling, working out, and coaching wrestling.

In recent years, Jim has been the head chef for an annual dinner with over 100 people in attendance, including celebrity chefs and top executives from one of the world’s largest corporations. Legend has it that Jim bribed his wife to marry him by cooking her his homemade cavatelli.

Jim finds a way to relate most things to Seinfeld, and he insists that several events in his life inspired some of the plotlines on the show.