Poll Shows Voters Are Broadly Ignorant About Issues That Impact Them 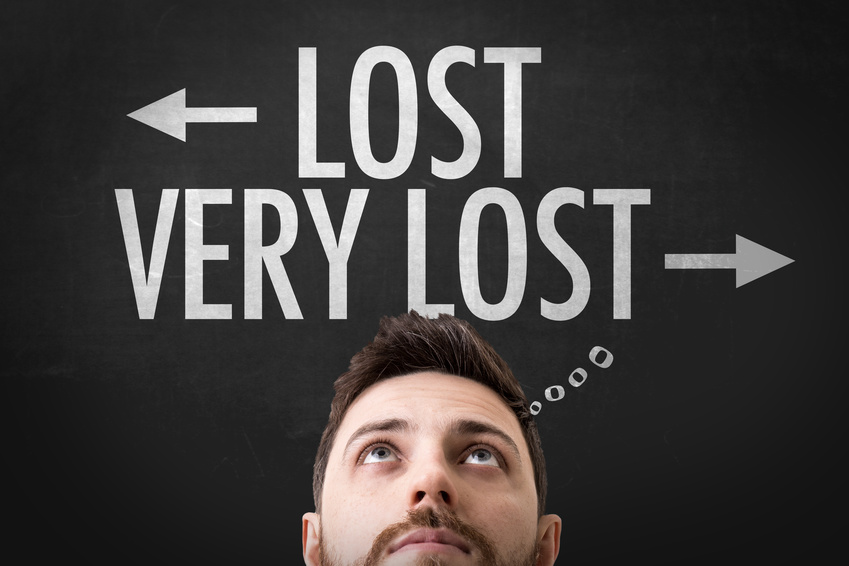 If there is truth in Ben Franklin’s precept that “tyranny begins” with “ignorance,” a poll commissioned by Just Facts shows that the U.S. may be in deep trouble.

This national scientific poll surveyed 700 people who vote “every time there is an opportunity” or in “most” elections. In other words, these are voters who regularly exercise their constitutional right to choose the politicians who govern them.

Results for All Voters

For each question, voters were offered a selection of two or more answers, one of which was true. Voters were also given the opportunity to reply “I don’t know.”

A majority of voters gave the correct answer to only four of the 23 questions.

The highest levels of ignorance were found on questions related to child hunger, tax burdens, health insurance copayments, landfills, and Social Security finances. In these cases, less than 25% of voters provided the correct answer, and in one case, only 6% of voters did.

Results by Age, Sex, and Choice for President

The poll also recorded voters’ age, sex, and their choice for president of the United States. This allows the poll to pinpoint segments of society that are most and least informed about specific issues.

The results show deep partisan and demographic divides, with different groups being more or less knowledgeable depending upon the questions.

In total, the rates at which voters gave the correct answers varied from a high of 43% for Trump voters to a low of 31% for Clinton voters:

The sample sizes of third-party voters and 18 to 34 year olds were too small to produce meaningful data.

This poll also contained a question that asked: “All other things being equal, if you were faced with a choice between a male and a female presidential candidate, who would you vote for?” Each voter was given the option to reply “Male,” “Female,” “It does not matter,” or “Unsure.”

Male voters and Trump voters were more likely than any other groups to say “It does not matter,” at 73% and 72% respectively. Most of the other groups were not far behind, with rates of:

The poll was conducted by Conquest Communications Group, a professional polling firm located in Virginia. The responses were obtained through live telephone surveys of 700 voters across the continental United States on October 11–23, 2016.

The questions and results are detailed below.

Question 1: Relative to other nations, how do U.S. fourth graders rank in terms of their reading and math ability? Are they in the bottom 50% or in the top 50%?

Correct Answer: Top 50%. In international tests administered to students in dozens of nations, U.S. fourth graders rank in the top 15% of nations for both reading and math. Confusion about this may stem from the fact that the relative performance of U.S. students declines over time, and by the age of 15, they drop to 50% in reading and to the bottom 25% in math. This suggests that the problems of the U.S. education system may occur in the later years, not the early years, as many have claimed.

Question 2: On average across the United States, how much do federal, state, and local governments spend per year to educate each classroom of public school students? Less or more than $150,000 per classroom per year?

Question 3: What portion of 17- to 24-year-olds in the U.S. are unqualified for military service because of weak educational skills, poor physical fitness, illegal drug usage, medical conditions, or criminal records? More or less than half?

Correct Answer: More than half. According to various agencies within the Department of Defense, two-thirds to three-quarters of all 17- to 24-year-olds are unqualified for military service because of weak educational skills, poor physical fitness, illegal drug usage, medical conditions, or criminal records.

Question 4: When conventional public schools are subject to school choice programs that allow students to leave for private or charter schools, do the children who remain in the public schools academically decline?

Correct Answer: No. At least 21 high-quality studies have been performed on the academic outcomes of students who remain in public schools that are subject to school choice programs. All but one of the studies found neutral-to-positive results, and none of the studies found negative results. This is consistent with the theory that school choice stimulates competition that helps public schools to improve.

Question 5: The average U.S. household spends about $27,000 per year on food, housing, and clothing combined. If we broke down all combined federal, state, and local taxes to a per household cost, do you think this would amount to more or less than an average of $27,000 per household per year?

Question 6: On average, who would you say pays a greater portion of their income in federal taxes: The middle class or the upper 1% of income earners?

Correct Answer: The upper 1%. The Congressional Budget Office, the Obama administration Treasury Department, and the Tax Policy Center have all documented that households in the top 1% of income pay an average effective federal tax rate of about 34%, while middle-income households pay about 13%. These tax rates account for nearly all income and federal taxes. Claims to the contrary, which are often voiced by politicians and the media, are based on misleading calculations that exclude large portions of people’s taxes and/or incomes.

Question 7: Now, changing the subject from taxes to spending, suppose we broke down all government spending to a per-household cost. Do you think the combined spending of federal, state and local governments amounts to more or less than $40,000 per household per year?

Correct Answer: More than $40,000. In 2015, federal, state and local governments spent a combined total of $6.1 trillion or an average of $49,000 for every household in the U.S. For reference, the average U.S. household spends about $41,000 per year on food, housing, clothing, transportation, and healthcare.

Correct Answer: More than $118,000. Federal debt is now $19.5 trillion or $156,000 for every household in the United States. Such levels of debt can have far-reaching negative consequences like reduced living standards and reduced life expectancies.

Question 10: From the time that the Great Recession ended in 2009, which do you think has grown at a faster rate, the U.S. economy or the national debt?

Correct Answer: The national debt. From the time that the Great Recession ended in 2009, the national debt grew by 71%, while the U.S. economy grew by 28%.

Question 11: Would you say the earth is measurably warmer than it was 30 years ago?

Correct Answer: Yes. According to both satellite-measured data and ground-level thermometers, the earth’s average temperature has increased by about 0.6 to 0.9 degrees Fahrenheit over the past 30 years. This increase is greater than the range of measurement uncertainty. For a point of comparison, a temperature analysis of a glacier in Greenland found that it was about 22ºF colder during the last ice age than it is now.

Question 12: Again, thinking about the whole planet, do you think the number and intensity of hurricanes and tropical storms have generally increased over the past 30 years?

Correct Answer: No. Data published in the journal Geophysical Research Letters shows that the number and intensity of hurricanes and tropical storms have not generally increased over the past 30 years. Likewise, the Intergovernmental Panel on Climate Change has reported: “There is low confidence in any observed long-term (i.e., 40 years or more) increases in tropical cyclone activity (i.e., intensity, frequency, duration), after accounting for past changes in observing capabilities.”

Question 13: Now, just thinking about the United States, in your opinion, is the air generally more polluted than it was 30 years ago?

Correct Answer: No. EPA data shows that ambient levels of criteria air pollutants have declined significantly over the past 30 years. The same holds for emissions of hazardous air pollutants. Lower levels of pollution can improve human health and reduce problems like learning deficits and behavioral disorders.

Question 14: If the U.S. stopped recycling and buried all of its trash for the next 100 years in a single landfill that was 30 feet high, how much of the nation’s land area would this cover? Less than 1%, 1% to less than 5%, or more than 5%?

Correct Answer: Less than 1%. At the current U.S. population growth rate and the current per-person trash production rate, the landfill would cover 0.06% of the nation’s land area. More realistically, the actual area in use will be an order of magnitude smaller, because (1) the U.S. recycles, burns, or composts 47% of its trash; (2) landfills can be more than 200 feet high; and (3) after 30-50 years, landfills are often covered and used for purposes such as parks, golf courses, ski slopes, and airfields.

Question 15: Without government subsidies, which of these technologies is least expensive for generating electricity? Wind turbines, solar panels, or natural gas power plants?

Correct Answer: Natural gas power plants. Determining the costs of electricity-generating technologies is complex, but data from the U.S. Energy Information Administration shows that natural gas is considerably less expensive than wind, and wind is considerably less expensive than solar. Affordable energy has many important benefits, and for poorer people, it can mean the difference between life and death.

Question 16: Without government subsidies, which of these fuels is least expensive for powering automobiles? Gasoline, ethanol, or biodiesel?

Correct Answer: Coal power plants. Due to the low cost and widespread availability of coal, coal power plants produce about 40% of the world’s electricity, as compared to 22% for natural gas, 11% for nuclear, and less than 1% for solar.

Question 18: On an average day, what portion of U.S. households with children have at least one child who experiences hunger? Less than 1%, 1% to 10%, or more than 10%?

Correct Answer: Less than 1%. Per the latest data from the USDA, on an average day, less than one fifth of one percent (0.17%) of households with children have a child who experiences hunger. Those who claim that child hunger is more common often falsely equate the term “food insecure” with “hunger,” but most food-insecure households never experience hunger during any point of the year.

Question 19: Do Social Security’s financial problems stem from politicians looting the program and spending the money on other programs?

Correct Answer: Improve. As shown by analyses conducted by the chief actuary of the Social Security Administration and a bipartisan presidential commission, proposals to give Social Security an element of personal ownership generally strengthen the program’s finances. Although some tax revenues that would have gone to the program instead go to people’s personal retirement accounts, these tax revenues are more than offset by the savings of not paying these individuals full benefits.

Correct Answer: A greater portion. In 2014, governments paid for 49% of all healthcare expenses in the United States.

Question 22: When health insurance copayments are high, people tend to spend less on healthcare. Does this reduced spending typically have a negative impact on their health?

Question 23: In 2010, Congress passed and President Obama signed the Affordable Care Act, also known as “Obamacare.” This law uses price controls to save money in the Medicare program. Do you think these price controls will affect Medicare patients’ access to care?

Correct Answer: Yes. As explained by Medicare’s actuaries, the price controls in the Affordable Care Act will cut Medicare prices for many medical services over the next three generations to “less than half of their level under the prior law.” The actuaries have been clear that this will likely cause “withdrawal of providers from the Medicare market” and “severe problems with beneficiary access to care.”